Palomba on the podium of WSK Super Master Series 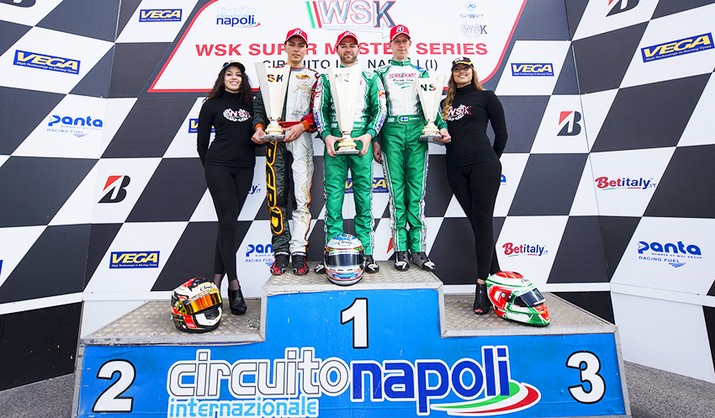 Palomba on the podium of WSK Super Master Series

One of the first official and important recognitions for Giuseppe Palomba came at the end of the third round of WSK Super Master Series in Sarno, on April 1st, 2018. This race marked the switch of the driver from Naples assisted by Viti Racing from being an emerging talent to a becoming a reality on the International Karting scene. On April 1st, Palomba managed to get on a “stellar” KZ2 podium behind a multiple champion of the likes of Marco Ardigò and ahead of very competitive drivers like Simo Puhakka and Bas Lammers. This good result did not come by chance, but it was due to the growth and driving skills of Giuseppe Palomba joint with the capabilities of a very good technical preparer like Leonardo Viti. Giuseppe Palomba put in a crescendo of results in WSK Super Master at Sarno, starting from the fifth time in qualifying (0.3s shy of Ardigò), to the fourth time after heats, the fifth in the Prefinal and the climb up to P2 starting from half-way through the Final. Such a strong performance ended with the second place of the podium, 1.484s adrift Ardigò. Palomba was classification of the fastest laps of the race, as he posted a 57.107s, while Ardigò a 57.205s. This was an all-round great performance, hats off!